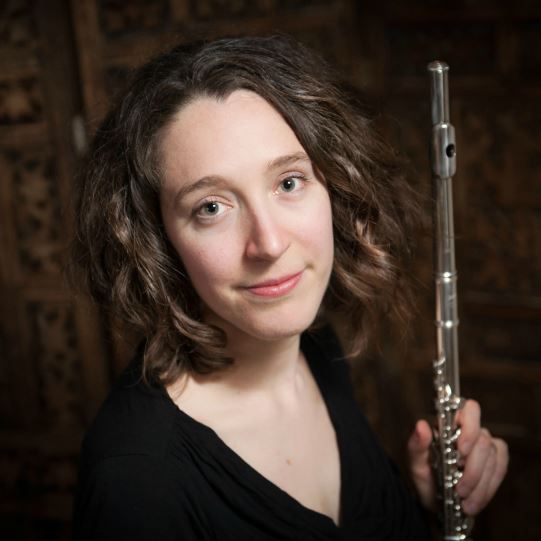 "At a rehearsal with the opera orchestra I was struggling with moisture in my keys playing a tremolo passage in a cold concert hall. Oboist Ron Cohen Mann handed me an extra Spit Sponge pad dryer that he had in his case and I was able to sort out my noisy key issue quickly. This worked fabulously, better than the traditional paper, and I definitely recommend this product!"
- Sara Traficante (Flutist, Educator, McMaster University)

Sara Traficante is a versatile flutist who is in demand as a performer and recording artist for her expressive musicality, technical mastery, and creative approach across musical genres.

No stranger to collaborations outside of classical music, Sara’s flutes and whistles are featured in the soundtrack of “Anne with an E” (CBC/Netflix). Live performances on the JUNO Awards broadcast with The Arkells, recordings and performances with Hidden Pony recording artists Twin Within and Jeremy Fisher.

Sara’s chamber music collaborations demonstrate a commitment to presenting classical music in an innovative context. Azuline Duo (with guitarist Emma Rush) actively perform throughout North America, and have recently released their second album "Fandango". This ensemble pushes the boundaries of their instrument with unusual and rarely heard pieces both historical and contemporary, and a dynamic onstage presence.

Trained as an orchestral flutist (Eastman School of Music – B.Mus. With Performer’s Certificate, McGill University – M.Mus.), Sara continues to perform with orchestras throughout Southern Ontario and is sought after for her skill and flexible tone on piccolo. Orchestral performances include the National Arts Centre Orchestra, Orchestre Symphonique de Gatineau, Niagara Symphony, Crested Butte Festival Orchestra, and as a former apprentice and now mentor for the National Academy Orchestra.

Sara is also a compassionate and skilled music educator. She is currently on faculty at McMaster University (Hamilton, ON) and Redeemer University College (Ancaster, ON). As founder of the Hamilton Flute Club, Sara organizes masterclasses and community concerts to nurture aspiring young flutists. Sara is an active clinician, festival adjudicator, and orchestral woodwind coach.